SOCHI-2014: THE FINANCIAL SIDE OF OLYMPIC MEDAL 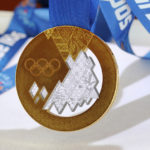 In this article the financing of the Olympics Sochi-2014, sources of funding and the main investors, the investment objects are considered. Special economic zones of Russia are presented, their financing is concerned.

The relevancy of the research is confirmed to be held in 2014 by Olympic games in Sochi, the economic effect of which will be for many years to come, and, in General, active development of tourist destinations in the South of Russia. This region of the South of Russia is attractive for both national and foreign investors: on October, 14, 2010 the government of the Russian Federation formed a new Tourist cluster in the North Caucasus Federal district, Krasnodarskij Krai and Adygea Republic. And in accordance with the state program of development till 2025, the budgetary allocations of the Federal budget in 2013-2020 are 234,9 billion [1].

Also the question about the formation of a special economic zone (equal – free economic zone, hereinafter – SEZ) in the territory of Sochi has been relevant for a long time, which hosted the Olympics-2014, or in one of its segments — Krasnaya Polyana [2]. But, creation of SEZ in these areas has not happened. However, we note that the most successful foreign businesses are developing in the SEZ, and especially important – in the field of tourism. Currently in Russia there are 28 special economic zones, which are divided into four types [3] (see Illustration 1):

In Russia there is the greatest number of free economic zones of tourist-recreational type — 14. There was a trend of significant increase in the number of foreign investors in SEZ of Russia [4]. By 2013, there were over 300 (see Illustration 2).

Illustration 2. The number of residents of special economic zones of Russia

Let us consider the interest of investors and financial flows conducted due to holding of the Olympic games Sochi-2014.

Olympics-2014 was held in two locations — the mountain and coastal clusters. The coastal cluster is «Olympic Park» and is located at 265 hectares in the Imeretinskaya valley. The author made the Table 1, which provides data on the sports facilities and costs [5, 1].

Total spending on the Olympics in Sochi was 1526 billion roubles and in terms of expenditure it is the most expensive Olympics in the history of the games [6].
Table 2 presents comparable costs for the Olympics, starting with 2004 [7].

Announced in early autumn, 2013 by President of Russia Vladimir Putin and confirmed in January, 2014 by Vice-Premier in charge of the preparations for the winter games D.Kozak the total budget allocated for the construction of all Olympic objects and the Olympic and Paralympic games 2014 in Sochi amounted to 214 billion (without cost of infrastructure). This amount is the sum of the budgets for the construction of Olympic facilities and direct holding of the games. According to President Putin: «100 billion rubles of this money is net public funding, and 114 billion will be allocated at the expense of investors». The amount of 214 billion rubles (on erection of objects) constitutes 20% of the total planned volume of investment. The remaining 80% of all the funds — investment into infrastructure of Sochi [8].

The final amount of financing of Olympic objects` construction and Sochi necessary infrastructure is 1,526 trillion rubles (about 51 billion dollars). Including the state Corporation «Olympstroy» invested 174,9 billion rubles, investors — to 1.005 trillion rubles, the administration of Krasnodar region and Sochi — 109 billion roubles, the Federal authorities — 237 billion rubles [9]. Thus, investors make up the largest share in the structure of financing the Olympics. Note that the biggest creditor to the preparation for the Olympic games in Sochi is the state Corporation «Vnesheconombank», issued responsible contractors (see Table 1) the Olympic loans in the amount of 240 billion rubles [9]. Let us consider the main investors and their contribution to the Olympics:

According to the global network of agencies Havas Sports-and-Entertainment Group (HSE), taking from analysis of the results of the London Olympics 2012, the image of the companies — Olympic sponsors on average improved by 25-50%. Strengthening positive attitude towards the brand is often transformed into a significantly higher probability of purchase [3].

For Russia the holding of the Games in Sochi and realizing the profit is very important, but even more important is the development of the city and the region into a year-round tourist centre and the rest of the world level. Thus, the results of the Olympiad, economic implications and expectations initially depend on the objectives that have been set by the organizers of the games. As a rule, many Committees set ambitious social goals. For example, the Concept of the Olympic games of 2012 in London was based on the development of economically backward areas in East London [11].

The experience of the previous Olympiads shows that contracts with national sponsors — the main source of income for the organizing committees of the Olympic games. The record for the winter Olympic games belongs to the Games in Salt-lake-city, the income from ticket sales was $154 million [12]. Operating profit of the organizing Committee «Sochi 2014» amounted 5 billion rubles [13], however, the fact of profit does not mean that the infrastructure of the Olympic games has been paid off. This amount will be spent on the development of mass sport in the country.

Let us also note, that the Bank of Russia in the report concerning monetary policy assessed the contribution of the Olympics in the GDP growth of 0.3 percentage points [13]. According to a survey of global risks of the Bank of Russia, the Central Bank expects an improvement of the balance of payments, as the flow of tourists during the Olympics in Sochi will help to strengthen the ruble and to improve the balance of payments [8]. However, against this background, with a parallel growth of foreign currencies the weakening of the ruble may happen. But President Putin said that for various sectors of the Russian economy different dynamics is advantageous: the export-oriented production are interested in weakening of the ruble, working for the domestic market — in strengthening of the Russian monetary unit [14].

According to the rating agencies, the following positive trends can be distinguished. The inflow of investments is marked: at the present time in the province implemented 225 large investment projects worth over 941 billion rubles with deadlines until 2025. Tax revenue at all levels of the budget are estimated at 60,1 billion rubles. The infrastructure is developing: in 2013, Krasnodar region took the second place in the country in volume of input of the real estate. In preparation for the games in Sochi was built about 350 km of new roads and bridges. The growth in employment was marked. For several years in Sochi was created 560 thousand new jobs. In 2013 in the city had the lowest unemployment rate in Russia, constituted only 0.17%. The output of products with symbols of the Sochi Olympics was the most ambitious in the history of the Olympic games. About 5 thousand names of Souvenirs from sportswear to coins, stamps and even of products for pets were released. Sales of soft toys in the form of the mascots of the games — Leopard, White bears, and the Bunny — breaking records, exceeded 3.6 million copies. Total revenues from the Olympic retail obtained by companies-licensees, could reach more than $ 500 million [15].

We emphasize the importance of investment of the Olympic Games as a contribution to the development of industry and energy. As in the structure of total expenditures on holding of the Olympic games, as mentioned above, the cost of construction of Olympic venues and holding Olympic and Paralympic games constitutes only 20%, then 80 percent invests in infrastructure, we note that by the example of the Olympiad were implemented following investment projects in the field of industry, energy [15].

The most ambitious project is the combined (car and railway) road Adler — mountain-climatic resort «Alpika-Service» with the solid construction of the second railway track Sochi — Adler — Veseloe. The total estimated cost was about 240,1 billion rubles [6]. The total length of roads created by JSC RZD in the district of holding the winter Games in 2014, is 157 kilometres. The total estimated cost of building a railway from Adler to the Sochi airport is 9.8 billion rubles [6, 15].

In the framework of the project of creation of freight yards in Sochi opened two freight yards «The Russian Academy of agricultural Sciences » and «Sochi». The cost of construction amounted to 3.7 billion rubles [6, 15].

By the Olympiad-2014 were reconstructed passenger`s terminals of railway stations Dagomys, Sochi, Matsesta, Khosta. The total cost of the project amounts to 5.4 billion rubles [6, 15].

JSC «Gazprom» has implemented the program «Gazprom 2014», which included the construction and operation of sports, infrastructure and energy objects in Sochi.

Another project is the Adler thermal power station. The function of the investor performs 100% subsidiary of OJSC «Gazprom» — LLC «Gazprom investment project». For the project loan was raised from the Vnesheconombank. Power plants with total capacity of 360 MW could cover more than a third of the predicted peak load of the Sochi energy district during the winter Games in 2014. The cost of the power plant — 23 billion rubles [6, 15].

The third project — a gas pipeline Dzhubga-Lazarevskoye-Sochi, which aimed to improve the reliability of power supply of the region, to provide gas to Adler thermal power station and sports facilities. The costs amounted to 31.5 billion rubles [6, 15].

In summary, we note that the decision to hold the Olympics it is in the South of Russia, adopted in Guatemala, where was held the 119th session of the International Olympic Committee (IOC) in 2007, aimed to develop the region. Now, thanks to the joint efforts, in the South there is a new cluster. The Olympics was aimed the development of this segment of the country. Now new directions for the implementation of similar investment projects are possible (both sporting and industrial, infrastructure development) as for similar regions that require investment and development, namely, the Crimea and other segments. So, during the business lunch at the world economic forum in Davos, dedicated to the development of Siberia, it was noted that it is also necessary not less than a large-scale project for the full development [16].