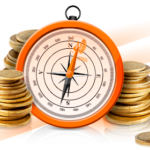 The investment policy of a particular state is implemented in the framework of the national foreign economic policy. It`s specificity depends on the content and objectives of the prevailing direction of foreign trade policy – of import or export policy, and on the ratio between the trends of the foreign trade policy — between protectionism and liberalization.

In the XX century after the Second World War elimination of many obstacles on the way to the free exchange contributed to economic and social development in most countries of the world, and especially those countries which farther than others went towards the liberalization of foreign trade (creation of free trade areas, customs unions, regional markets). Conversely, countries, that embark on the path of autarky, protection of its economy from the influence of foreign competition, as time goes by were forced to change the course and carry out more or less profound reforms of foreign economic relations, aimed at the release of external trade excessive state intervention [6].

Nowadays, one should distinguish between the principle of free trade and the principle of fair trade. According to the principle of free trade, public policy is the opposite of protectionism policy, i.e. market is open to foreign goods, as well as foreign capital in the country. However, this policy and the uncontrolled influx of foreign goods, especially at a lower price, i.e. goods which compete with national products, retreating either quality or price, or, according to these two criteria simultaneously, which can certainly cause undermining of national production and the national economy as a whole. The policy of fair trade means that the state, through the measures of the customs regulation, establishing quotas, tariffs, and the introduction of legislative restrictions supports necessary for the country “balance” between the quantity of imported and produced production in the country. Through these measures, so-called “Golden mean” is achieved, and the market of the country does not suffer from import and overabundance of foreign goods. But this position is considered by the manufacturer, how a complex of these measures influences the market of goods and services of a particular country.

From the position of the buyer the opposite trend is observed: the limitation of the import of foreign goods, stimulating firms-manufacturers of a country to create products of appropriate quality at the best price, leads to strengthening of the monopolies and the lack of competition, and, as a result, the buyer has to buy the goods of a certain quality (sometimes second to foreign analogues) at higher prices. Protectionism in the long run undermine the foundations of the national production, because it weakens the pressure of the global market, necessary for the development of entrepreneurial initiative. As a result, routine prevails innovation and progress, reluctance to part with the acquired privileges and revenues. Also protectionism raises the risk of a “chain reaction”, because after protection of certain industries from the adverse effects of the competitive environment of the market, soon there might be a necessity to protect others.

The dominant element of the investment policy of the Russian Federation are liberalization and investment promotion. However, with the rise in recent years of restrictive investment measures and administrative procedures, the risk of investment protectionism is significantly increased [4].

The most urgent is the policy of foreign direct investments, which is becoming increasingly interconnected with the policy of industrial development at the national and international levels [4]. The main importance is to find a “Golden middle” between strengthening the domestic productive capacity on the one hand, and preventing investment and trade protectionism on the other, as well as strengthening international coordination and cooperation.

At the G20 summit, Russian President Vladimir Putin called for «honestly agree on protectionism» [3]. At the present time, Russia currently has a policy of free trade, which is associated with the releasing of Russia into the international market, removed borders and trade restrictions, however, on some sectors and market segments, for example, the automotive market, the tendency is opposite — protection of domestic producers, which is connected with the establishment of quotas and increasing customs duties on imported cars. This policy is showed up in these facts that for many of the concerns it became more profitable to produce their goods directly on the territory of the state, that, certainly, gives positive and beneficial consequences, both for producers and for the country on the territory of which it is performed, as well as for consumers. This creates favorable investment climate in the country, new jobs due to the opening of new plants, but also reduces the cost of production due to reduced costs and delivery of its individual parts. However, the main disadvantage is the “Domino principle”, according to which, in case of a crisis or fall of production in one country, by a chain that trend will affect the partner countries.

World practice shows, that the most successful foreign business takes place in special (free, special) economic zones (hereinafter — FEZ). FEZ – is a part of the national territory, where in accordance with the legislation, special conditions for conducting business activity, in comparison with the main territory`s conditions, are prevailed.

In the modern history free economic zones appeared in The USA in the course of overcoming the consequences of the great depression as a special customs zones to Detroit auto companies.

World experience identifies two variants of formation of free zones:
• option «on top»: formation of a zone on the initiative of the Central authorities and in the framework of the state program (as, for example, in South Korea);
• option «from below»: creation of SEZ in the order of market self-organization (Dominican Republic, Poland).

There are some features of the formation SEZ in different countries. In some countries from the free zones may be created to provide economic recovery for depressed areas or promoting the development of certain sectors of the economy by private business.

Consider folding the free economic zone of service type in Las Vegas, Nevada, USA, which began to develop rapidly in the 30s, when the Federal government began to limit the gambling zones in the country, and the state government issued a liberal laws, that allow to place casino in Las Vegas. The funds, derived from taxes on gambling business, have been invested in state educational institutions, and other social programs of the state. In the city among the population over 25 years, graduates of high school are 81,3% of the population, with degrees of bachelor — 21,3%, which is one of the highest levels in the country [1].

In other countries the main becomes the purpose of attraction of foreign businesses in those sectors of economy that are either missing or are not competitive on the world markets, including the development of export processing zones-enclaves, usually loosely coupled with the country’s economy (for example, Russia, Kaliningrad region).

Evolution of development, through a long historical way, gave rise to many types of FEZ. While a free trade zone and industrial production zones have been mostly developed mainly in developing countries, in industrialized countries increasingly widespread are the technological development zones in the form of technology parks, scientific areas etc.

Consider the experience of scientific-industrial-territorial complex (the so-called Stanford research Park) in Silicon valley, California, USA. Silicon valley is the third largest technology center in the United States (the number of employees in the sphere of high technologies reaches 225 300 jobs), after new York and Washington (according to other data — more than 386 000 specialists from the IT-industry) [2]. Silicon valley is also called the Corporation, which consists of Stanford University and the Corporation’s IT sector. The value of this research Park-the Corporation is to use the synergy effect of interaction between scientific center — University, which is a supplier of trained specialists and the developer of solutions for the companies, and the companies themselves, which, inter alia, funding research students, post-graduates and scientists of the University interesting for their issues or are the manufacturing base for realization of scientific discoveries. This experience became the matrix of the Russian project «SKOLKOVO». However, for today, Russian President Vladimir Putin plans to close the Podmoskovny innograd SKOLKOVO, which will be replaced by the established Fund of prospective studies, which in some aspects is quite similar to the American military-technical Agency DARPA, and with a similar activity.

Currently in Russia there are 28 the special economic zones four types (Picture 1) [8]:
• industrial and production;
• technological and innovative;
• tourist and recreational;
• port.

There is a trend of a significant increasing in the number of foreign investors in SEZ of Russia [9].

In considering the key indicators of the functioning of the Russia`s SEZ, we note for 2006-2013’s the trend to a significant increasing in the volume of investment in SEZ of Russia as from Federal sources, and investors-residents (Russian and foreign), and the volume of revenues from investors exceeds the volume of revenues from Federal sources, a significant growth was recorded in 2010-2013 (Picture 2), the volume of investments in 2013 (compared with 2010) increased by 46 635 million rubles, or 40%, indicating the increase of investment attractiveness of investment projects and a growing number of investors, both domestic and foreign, in the Russia`s SEZ, and, in 2013, there were over 300 (Picture 3). Considering the types of SEZ, by 2013. the greatest number of investors is concentrated in the technological-and-innovative zone — 214, in industrial production — 71, tourist and recreational zone — 39, and in port — 5 (Picture 4) [9].

In industrial SEZ (the Republic of Tatarstan, Lipetsk region), the significant prevalence of funding from investors- residents in comparison with the financing from the Federal budget [9].

We consider Russian experience of special economic zones by the example of tourist-recreational economic zones, because they represent the greatest investment interest and relevance on the grounds of the current policy of the state, entering Russia on the international arena, the entry into the WTO and the Olympic games Sochi-2014.

In September 2010 The government of the Russian Federation ahead of schedule eliminated the special economic zone of tourist-recreational type in the territory of Anapa, Sochi, Gelendzhik and Tuapse, because during the three years of its existence has not been made any one investment contract [5].

However, this region of the South of Russia attracts special interest, and in October 14, 2010 by the Decree of the Government of the Russian Federation was established a new Tourist cluster in the North Caucasus Federal district, Krasnodar region and Republic of Adygeya. And in accordance with the state program of development till 2025, the budgetary allocations of the Federal budget in 2013-2020 are 234,9 billion rubles [7]. Also remains an open question about the formation of SEZ in the territory of Sochi, where Olympiad-2014 was taking place, or in one of the cluster — Krasnaya Polyana [10].

Russian President Vladimir Putin noted that for various sectors of the Russian economy the different dynamics is beneficial: the export-oriented productions are interested in weakening of the ruble, working for the domestic market — in strengthening [11]. It is therefore difficult to say that for the country protectionism is always harmful, but free trade is beneficial, or Vice versa. Vilfredo Pareto counsels to discuss problem differently: «Knowing all the economic and social conditions of the country at the moment, you should understand and choose what for this country and at this moment is more suitable — free trade or protectionism».

SOCHI-2014: THE FINANCIAL SIDE OF OLYMPIC MEDAL »